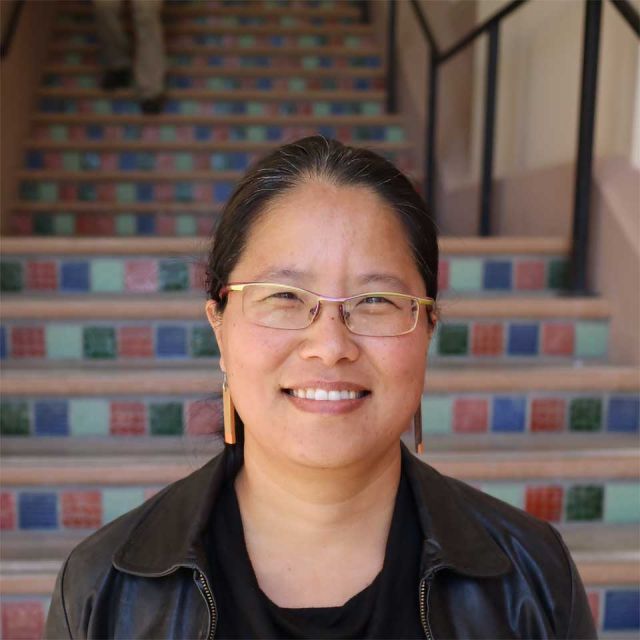 Dr. Han received her Doctoral Degree in Natural Sciences (Dr.rer.nat) from Aachen University of Technology (RWTH), Germany, in 2001. She pursued her postdoctoral studies at the Max-Planck Institute for Polymer Research, Mainz, Germany sponsored by the Max-Planck Fellowship and the University of California Berkeley sponsored by the Feodor Lynen Fellowship of the Alexander von Humboldt Foundation. Dr. Han joined the faculty at University of California Santa Barbara (UCSB) in 2004, received tenure in 2010 and was promoted to full professor in 2012. She is currently a Professor in the Department of Chemistry and Biochemistry, as well as the Department of Chemical Engineering at UCSB. She is a recipient of the 2004 Camille and Henry Dreyfus New Faculty Award, the 2007 NSF Faculty Early Career Development Award, the 2008 Packard Fellowship for Science and Engineering, the 2010 Dreyfus-Teacher Scholar Award, the 2011 NIH Innovator Award and the 2015 Bessel Prize of the Alexander von Humboldt Foundation and the BPS Innovation Award of 2018. She was elected fellow of the ISMAR in 2019, joining a distinguished international group of scientist contributing to advances in magnetic resonance. Since 2020, she is serving as the President of the International EPR Society.